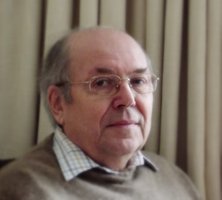 David is the father of three grown up children and three grandchildren.

After completing National Service in Germany he entered the teaching profession and spent 27 years working in Birmingham schools, mainly with disadvantaged and vulnerable children.

In 1990 he took early retirement, which allowed him to focus on this work, and with other colleagues founded a registered charity called Values Education for Life.

Since then the charity has established two schools, one in Birmingham and the other in Nuneaton, each providing an education for children who were failing to achieve and in danger of social and educational exclusion. David is now in the process of establishing a third school in the midlands area.

During this time he was also privileged to be elected chair of the Values Education Council of the UK and later became one of its Vice Presidents. He has also taught training courses to undergraduate level as a Lecturer of Birmingham University and has received an international award in recognition of an outstanding contribution to the moral development and well-being of many children at risk of exclusion. David has presented 'papers' at international conferences, including St Louis, Boston, Pasadena, Montreal, Utrecht, Barcelona and Harvard.

David was editor of the magazine “Ethos” for many years. He established this publication in 2010 and through this promoted the concept of education based on ethical principles and values of social justice, equality, charity, democracy, mutuality and Aristotelian virtues. This magazine was widely distributed free of charge both here and abroad to educational institutions that wished to know more about how these principles might be implemented at a practical level in their educational establishments.

David is currently chair of the trustees of the charity and provides much of the vision which has provided Values Education for Life with its unique and distinctive identity. 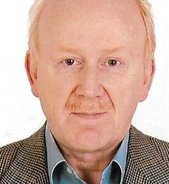 Honorary Treasurer for VEFL from 1990

1970-1973 Dudley College of Education. From 1973 to 1999 worked in mainstream education as a teacher of Mathematics at a number of schools within the West Midlands, from 1982 as a Head of Maths and from 1990 as a Senior Teacher with responsibility for School Finance, timetabling and cover and oversight of the school buildings and grounds. From 2000 he worked as Director of Finance for the Collegiate Centre for Values Education for Life, a company Limited by Guarantee. Between 2004 and 2006 he also undertook the position of Head of School. From 2007 he was also a Trustee of the Collegiate Centre after it became a Charitable Company, retiring at the end of 2012

David, together with a number of colleagues, founded Values Education for Life in 1990. He has taught in main stream,  special  and higher education for over 56 years, mainly working with disadvantaged young people. He lecturered at the Univerity of Birmingham for a number of years, teaching moral development theory and has spoken extensively about the importance of ethics in education, most recently at Harvard University. For over ten years he was chair of the Values Education Council of the UK and then Vice President of that organisation. David edited an international magazine called Ethos for over five years and was awarded an international award in 2013 'in recognition to the moral development and well being of many children at risk of exclusion through many and diverse initiatives.' He is an Associate of St. George's House, Windsor.