The Association for Moral Education held its 2019 Conference, Morality and Ethics for the Digital World from November 7-9, 2019 at Hotel Motif in Seattle, Washington DC.

David Rowse, chair of the charity, presented a Powerpoint 'paper' at the conference, which was attended by well over 500 delegates.

The event gave David the opportunity to meet with friends, acquaintances and colleagues from around the world that he has known for time and discuss the ongoing work of the charity, including the development of a new Safe School in the UK. This news caused some considerable interest and excitement.

Below is a photograph taken at the conference of Professor Angela Chi-Ming Lee, The National Taiwan Normal University, Dr David Kohlberg who is currently working with disadvataged people in Africa, Professor Ann Higgins-D'Alessandro, Fordham University, New York, who is one of our Patron Vice Presidents and David Rowse, Chair of the charity. 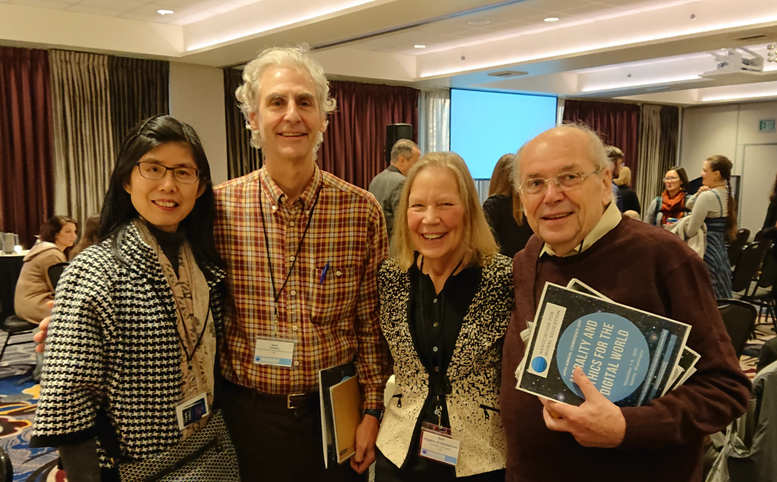 Morality and Ethics for the Digital World